History of Japanese sweets (Wagashi) – Five senses of the art.

Mr. Kurokawa Hikariasa , nationwide sweets Association second generation president , was proposed that it is ” five senses of the art” Wagashi( Japanese sweets).Form , such as color and cherry blossoms and autumn leaves feel the four seasons , mochi ( rice cake ) Yakuzu , feedback you feel when you put the confectionery toothpick in bean paste , sweet and just a little of the salty spread to the mouth , flavor that is different for each material , lingering scent of cherry tree leaves that are used in aroma and sakura – mochi of soybean flour , and the sound of beautiful name, such as light snowfall cans and chestnut Kanoko ,Sure you can feel the sweets of artistry in all five senses.

Origin of sweets can be traced back to the Yayoi period(BC centuries – rear 3 century mid).
In the development of rice , fruits and nuts was a staple food until it becomes a snack , came to be treated as a confectionery.
During the Heian era melon and chocolate vine had been conceded as confectionery to the Imperial Court.
Thereafter, the Tang confectionery from China transmitted by the envoys , wheat flour and rice flour , such as processing technology is developing soybeans , it became the prototype of the current dumpling and rice cake. Sugar has also been with the transmitted to around this time.

The sweets were big development is the starting point is 2 events since the Muromachi period.
One effect of the barbarian culture. Confetti and sponge cake was brought from Portugal.Western sweet confection , it up to surprise a lot of Japanese in no was taste , it seems that it has fascinated.

Another is the development of the tea ceremony.The beginning , Introduction was using a modest sweets. In response to the stimulus to the barbarian confectionery , sweets craftsmen compete with fancy , was sophisticated.
Be a light refreshment to officially used in the tea ceremony is because the thing above all honor for Japanese sweets shop.Prosperous regions of the tea ceremony , a lot of sweets shop still is eaves.

Well , the sweets shop of long-established is likely that in many cases has been left a ” sample book ” .
As some of the annal has been left to Toraya was founded in Kyoto in confectionery sample book is the Muromachi period late depicting the design of confectionery of 1695 , which is considered the oldest ( 8 Genroku ).
Entrusted to loyal customers , it was used as a catalog to get the order. Some of the depicted confection , seems some are also made in the current.

If I think the figure of people at the time , who was waiting for thrilled from reaching while looking at the sample book , you can see that there is no change to the fun that gives the sweets even if era is different. 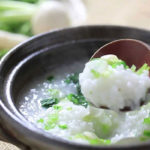 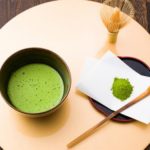 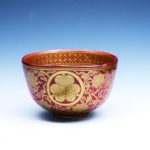 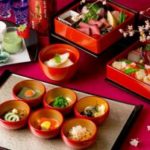